Last weekend I had the pleasure of teaching a workshop using cold wax medium and oil. I have to say, everyone produced some amazing work! It was a large class and there were folks who had never painted, fellow instructors, and folks who were trying new a medium. What fun!

While this was a two day workshop, I hope they keep in touch and continue to create with this diverse medium! Thanks for a great class!!

Enjoy viewing some of their creations! 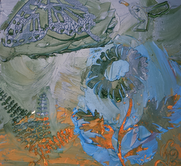 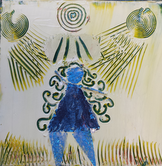 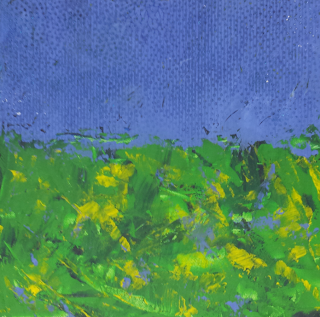 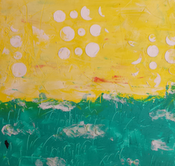 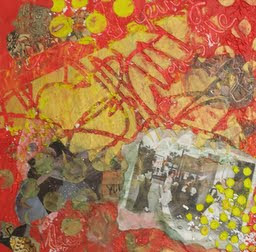 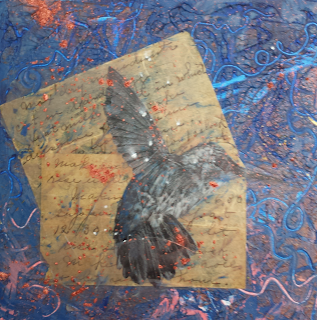 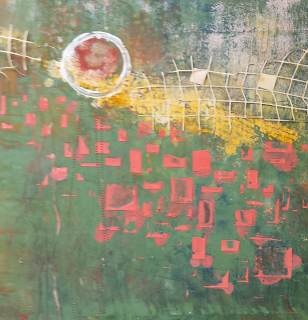 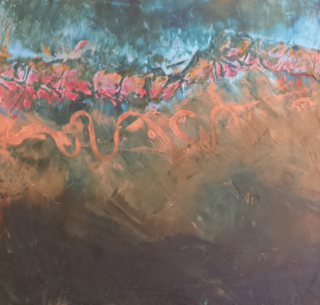 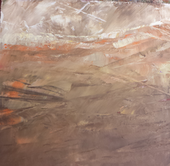 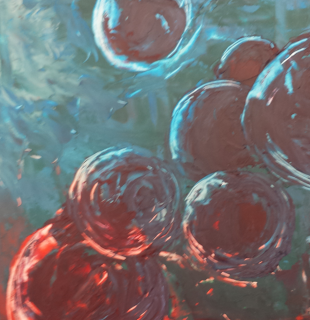 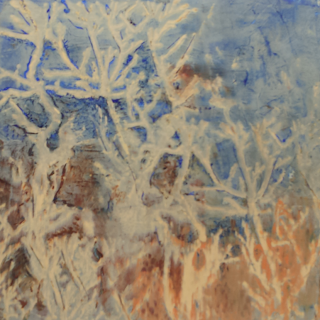 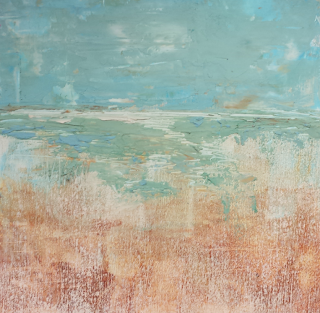 by Teresa
Posted by Gina Louthian-Stanley at 9:19 AM No comments:

I had been asked to do a commission painting of a road in winter.
Easy choice, for me.

This road, was the road home for 32 years....the driveway down to the creek.
The road with the foggy mists, leading to the cabin.
The road that is one of my favorite compositions.
I believe I will do another, a lager version, for me. 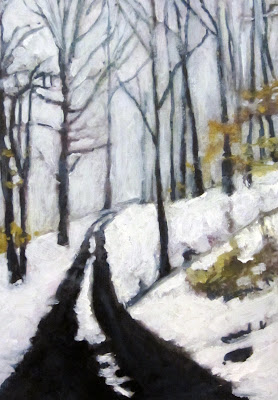 Posted by Gina Louthian-Stanley at 8:29 AM No comments: 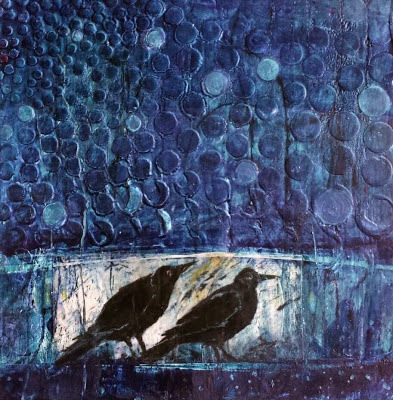 Birds in general have been fascinating to me as long as I can remember, mum told me the first word out of my mouth was, "Bu-u-u-urd."  My first experience with  blackbirds was when we lived on a farm in Fincastle in the early 1960's.

When I lived on 'the farm', as we called it, I discovered that there were infinite facets to nature, farming, the neighbors, and life in general. We experienced life and death, and the events that happen
in-between. I firmly believe that 'the farm' fostered my love of nature.

My mind is a substrate for the images I experienced living there as a child. The mystic quality of my earlier monotypes and ink drawings are formed from the recollections earthly delights; images of steam rising from the earth as Mr. Scott and his black plow horse tilled the earth before dawn rose each spring. Cows baying for their young. Bullfrogs making the most wonderful music on hot summer days. The smell of fresh cut hay. Itching like hell after putting up the hay with my little brother and my dad. Conversations at real country stores; tall tales and sob stories.  So many memories. Life was a picnic, and I felt so free.

After a few years we moved to the city. While life was good there, it was not the same. Country remained in my heart. I never stopped being amazed by nature, especially the birds. Blackbirds Singing represents one of those etched memories.

In the bottom right corner, maybe you can see a faint image of a figure, perhaps longing to fly, or rise above. The completed image also reminded me of a song I love, Blackbird, Blackbird .

"Blackbird singing in the dead of night, take these broken wings and learn to fly..."

Posted by Gina Louthian-Stanley at 8:26 PM No comments: